Normandy is mostly known for the role it played in shaping the world’s future during World War 2. From the beaches where Allied troops landed, to the military cemetery and the WW2 museum, each spot is moving and charged with history.

But there is more to Normandy than its beaches and War memorials. Our cycling tours will take you to Bayeux where you will see the amazing and well preserved 11th century tapestry and to the breathtaking Mont St Michel, a UNESCO World Heritage Site. Touring through typical villages or along the coast, you will be charmed by Normandy peaceful scenery and magnificent architecture. And all this just a few hours away from Paris.

**We do not recommend taking this tour around the anniversary of D-Day, June 6th. Hotels fill up very far in advance, there is more traffic on the roads and some of the routes may be closed. 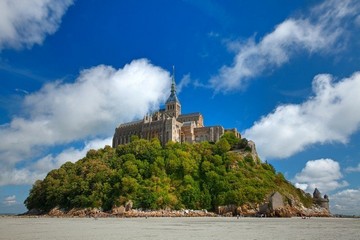 This stay on the itinerary of cycling will make you discover in 5 days the Perche National Park and Normandy then you will join the ultimate stage which is the Mont Saint Michel.
Duration : 7 Days / 6 Nights Price from : 1570€
Trip : Self-guided Activity : Hybrid
Level : 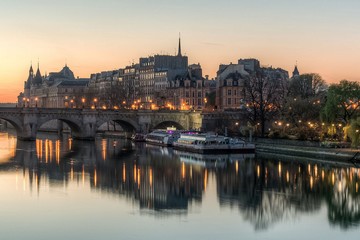 This stay on the itinerary of cycling will make you discover the Perche National Park from Paris. You will arrive in Nogent le Rotrou and its magnificent castle.
Duration : 7 Days / 6 Nights Price from : 1490€
Trip : Self-guided Activity : Hybrid
Level : 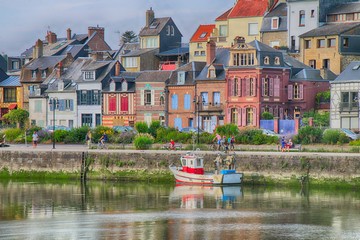 Discovering the Bay of the Somme

A cycling trip that gives pride of place to local flavors and products, you will ride in the Baie de Somme in a magnificent region with exceptional landscapes and heritage!
Duration : 5 Days / 4 Nights Price from : 900€
Trip : Self-guided Activity : Hybrid
Level : 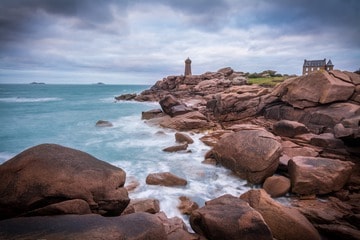 Cycling on the Atlantic coast from Brittany to Normandy includes visiting famous places like Mont St Michel, the city of St Lo, destroyed and rebuilt after the Battle of Normandy and multiple WW2 landing beaches. History will definitely be part of your journey.
Duration : 8 Days / 7 Nights Price from : 1750€
Trip : Self-guided Activity : Hybrid
Level : 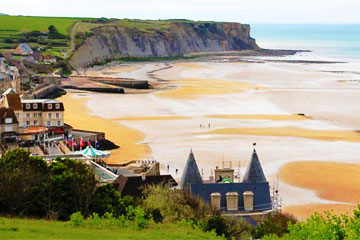 From Caen to St Mere l’ Eglise, embark on a WW2 memorial bike tour of Normandy, cycling along the beaches where the famous landings took place and through cities full of history. The traces of the war are still very much visible, making this as beautiful as it is emotional.
Duration : 6 Days / 5 Nights Price from : 1290€
Trip : Self-guided Activity : Hybrid
Level : 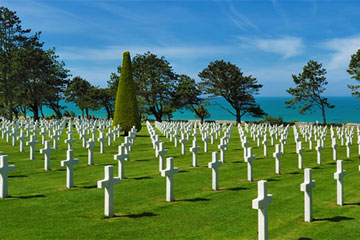 Our historical cycling tour around Normandy combines the visit of landing beaches and WWII memorial museums with the visit of cities such as Caen and Bayeux. Get a deeper understanding of the events of World War II with the visit of Omaha Beach and Pointe du Hoc
Duration : 5 Days / 4 Nights Price from : 1090€
Trip : Self-guided Activity : Hybrid
Level : 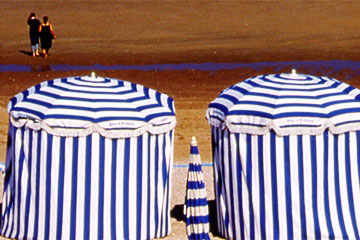 Dive into History with this hiking tour. From the landing beaches of Normandy to Caen’s war memorial and the famous tapestry of Bayeux, embark for a journey through time. Normandy is also well known for its gastronomy and regional dishes based on apples.
Duration : 5 Days / 4 Nights Price from : 990€
Trip : Self-guided Activity : Walking
Level :

Normandy is famous for its apples, from which is made an excellent Cider. Nothing compared to apple juice. Cider is traditionally served with crepes. The Calvados, a brandy made from distilled cider, is also locally produced and a must to try. One of numerous specialties from Normandy is the Poulet au Calvados, simmered in calvados.

Make sure to enjoy Normandy’s famous cheeses while peddling across the region. French’s best known cheese from lower Normandy, Camembert, has a fresh, soft and creamy taste and like most things, gets better with age. The Pont l’Evêque cheese is solely produced in Normandy; passing it up would be a mistake! So take a break from cycling, grab a nice bottle of wine, and enjoy the rich, delectable cheeses this region offers.

Two hours from Paris, on the Northwest coast of France, Normandy stretches from the Mont St Michel and Brittany northbound to the city of Caen.

From beautiful beaches and picturesque granite cliffs, to cows, green pastures and apple trees, Normandy offers very diverse landscapes with something for everyone to enjoy! On your cycling tour you will appreciate the half-timbered houses, so typical of Normandy. In cities like Bayeux or Caen medieval castles and abbeys testify to the region prestigious past.

The name of the region Normandy, and of its inhabitants, the Normans, come from the Norwegian and Danish Vikings who came to settle there around 850 AD.

During the Hundred Years' War between France and England, the region was held at various times by both French and English forces. But in 1450, France finally recovered Normandy.

In more recent history, during the Second World War, the beaches of Normandy were chosen by the Allies for the D-day landings to free France.